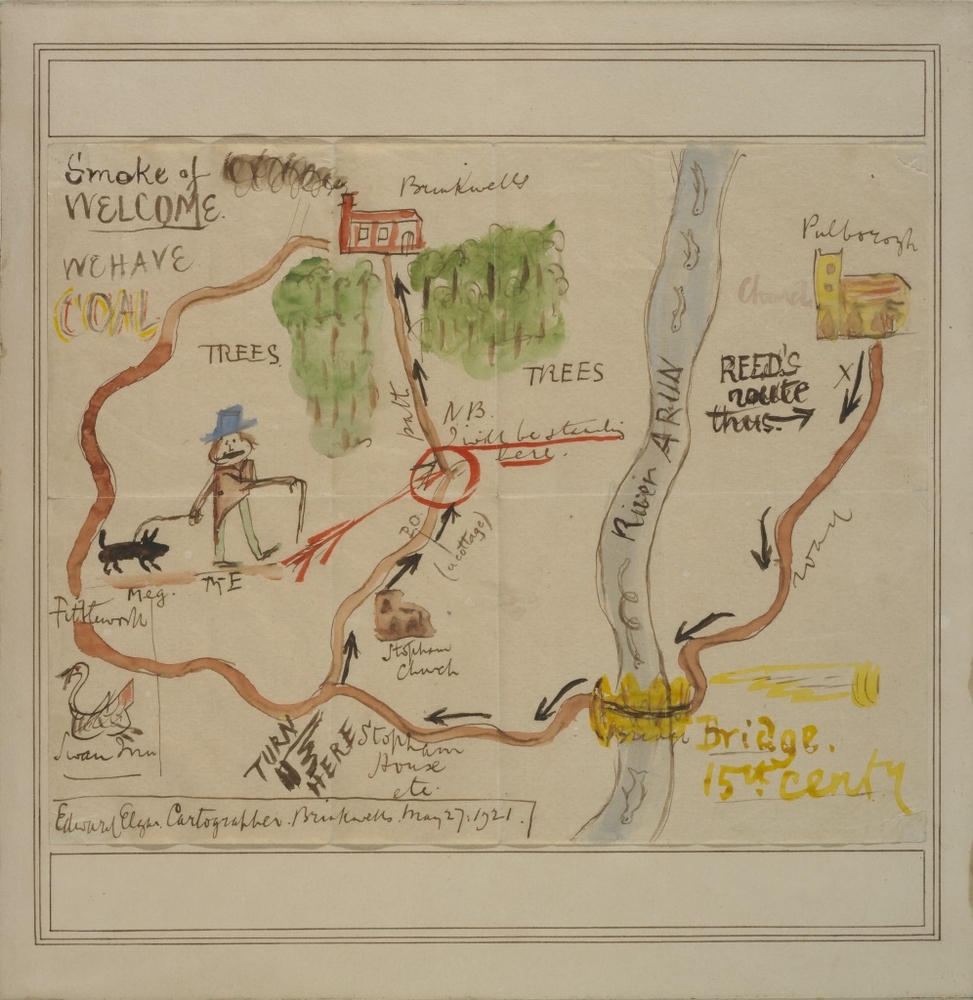 The map, drawn by Elgar himself, is one of the quirkiest items in the RCM collections. It was sent to his friend W H Reed giving him directions to his home, Brinkwells Cottage, from Pulborough in Sussex. Elgar incorporates many lovely details not least a portrait of himself with his dog, Meg, with a note stating where they will be standing ready for Reed, and the ?Smoke of WELCOME? which is billowing from the cottage?s chimney. Elgar moved to Brinkwells Cottage in 1917 and remained there until 1921. It was here that he composed his later masterpieces including the Violin Sonata, String Quartet and Cello Concerto. This map was drawn towards the end of Elgar?s time at Brinkwells and was included with a letter to Reed arranging a forthcoming visit. Reed had visited Brinkwells before so the reason for including the map is unknown. William Henry Reed was a violinist and founding member of the London Symphony Orchestra, becoming its leader in 1912. He had known Elgar since 1902 and their friendship developed from 1910 after Elgar asked Reed for assistance when writing his Violin Concerto. Elgar ?cordially dedicated? his Sospiri op 70 to Reed. Their friendship lasted for the rest of Elgar?s life. After Elgar?s death, Reed wrote “Elgar as I knew him”, a personal memoir of the composer and their friendship.