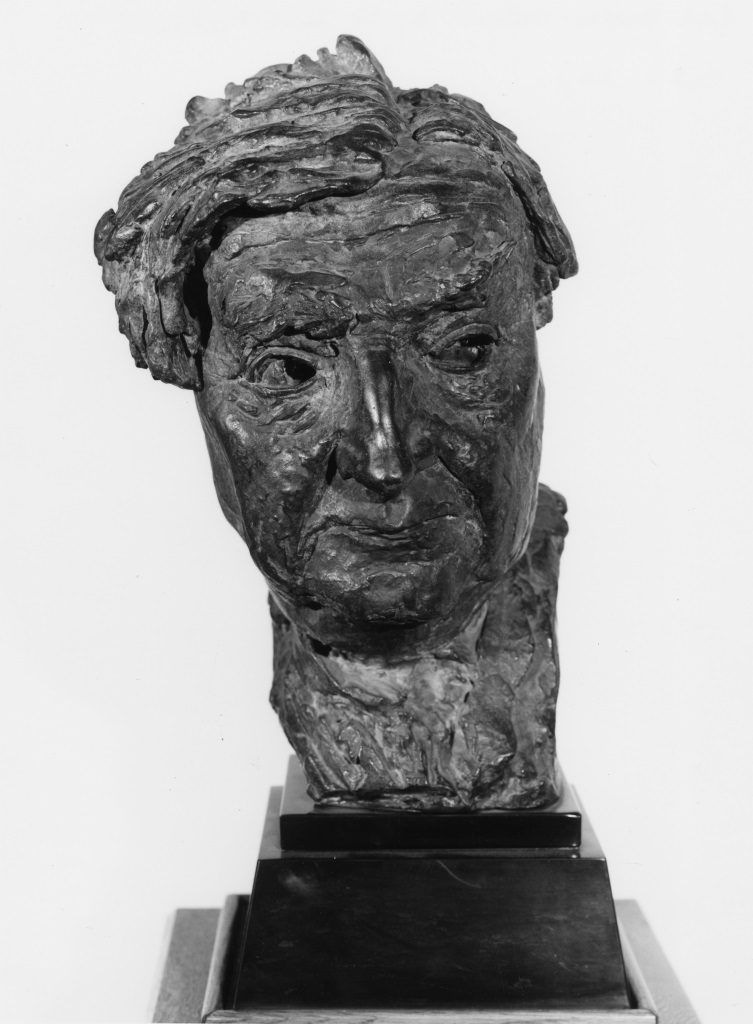 Bust: head only. The most significant English composer of his generation, Ralph Vaughan Williams (1872?1958) studied at Cambridge and the Royal College of Music before travelling to the continent for further instructions from Max Bruch and Maurice Ravel. It was not until 1910, following a detailed study of folk music that was to turn him into a major folksong collector, that he fully established a personal musical voice, and by the outbreak of the First World War, he was gaining an increasingly important reputation. When he was demobilized in 1919, Vaughan Williams joined the teaching staff of the Royal College of Music, where his pupils included Gordon Jacob and Elizabeth Maconchy.

The American-born sculptor Sir Jacob Epstein (1880?1959) studied in New York and Paris, before moving to London in 1905. Infamous for his expressionistic, often distorted figures, he was a founder member of the London Group, a band of young artists struggling for independence from the dominance of the Royal Academy. His portrait busts include Joseph Conrad, George Bernard Shaw and T.S. Eliot; and the bust of Vaughan Williams is one of his most popular pieces. Asked to recount his first impression of Vaughan Williams, Epstein replied that ?He reminded me in appearance of some eighteenth-century admiral whose word was law.?

Sylvia Nelis as Polly Peacham in The Beggars’ Opera